We are so excited to bring back the Cabaret to a LIVE audience.

Tonight (Friday) and tomorrow, we perform for our DS family and we couldn’t be more excited. We have spent weeks preparing the numbers, the venue (the commons), and making sure we will delight our loved ones as they leave reality outside and enter a world of showmanship!

The cabaret probably originated in France in the 1880s. Typically, audiences gather, in a club/venue, around a platform that performs would use to perform on.  In its beginnings, the cabaret, like other forms of art at the time, were to hold up a mirror to compare lives of common people to those in the bourgeois society. A typical show would include dance, song, comedy and improv, poetry readings, and puppet or shadow plays.

“The primary exponent of French cabaret entertainment was the Moulin Rouge, in Paris; established in 1889 as a dance hall, it featured a cabaret show in which the cancan was first performed and in which many major stars of variety and music hall later appeared. The world of the Moulin Rouge in its heyday was immortalized in the graphic art of Henri de Toulouse-Lautrec.”

The cabaret in the 1900’s began to flourish worldwide. It began careers for performers, offered insight on world relations with political and social satire, and started some of the biggest literary movements. Performers typically love participating in a cabaret as it is inclusive to all talents. Bring who you are to the cabaret, there is a home for you. Our students love performing the cabaret every year to showcase what their passions are.

We can’t wait for show 1 tonight! 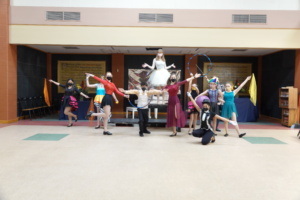 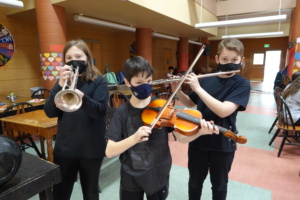